Jul 29, 2021
Bad movie titles exist in any country's film industry, including ours. Here are 8 Pinoy bold Tagalog movie titles that will definitely confuse you.

Using metaphors to represent a context or a person can be a great way to convey our messages, but it seems like not everyone can do it well. From the 80s to the 00s, Philipino people had encountered several bad movies, including low-quality action films and bold movies with inappropriate sexual scenes or weird titles that can make anyone laugh or want to turn away.

Not only the content of the films, the weird analogies, and innuendos in these movies are also a funny topic for (some) people to laugh off. This article on Corner4men will list the top  8 confusing and weird bold Tagalog movie titles and explain why these movies' titles are strange and confusing.

Here are the top 8 movie titles that will confuse or make you feel uncomfortable:

Instead of putting the characters in modern life back in the 90s, Anakan Mo Ako deserves a "seat" in our Filipino bold movies titles list because it is a little more creative than modern life. In detail, this movie put all of its characters in a hidden tribe living in a forest and having their sexual customs. The tribe has only one old dominant male living with many other young and nubile females.

Following this, all members of this tribe have to conform to the rule that the male can only mate with other females when his wife just gave birth to a child.

Because of this rule, the tension of other females is high, and everything started to become more complicated with the existence of a new male who got lost while exploring the forest of this tribe.

Specifically, this movie so bold is exploring the tribe customs and scenes of shows too much skin.

This movie talks about an elder sister who has to play the mother role in the family and longing for a better life. You will understand the message of this film and the Pila Balde euphemism if you are a Filipino.

‘Pag Dumikit, Kumakapit - Synopsis That Does Not Make Any Sense

The synopsis of the movie “Pag Dumikit, Kumakapit” can confuse anyone as its message is unclear and the content does not make sense at all. More specifically, many people have said that they couldn’t understand the film’s plot and meaning after watching the synopsis.

As a Philipino, you must already know about a sweet bread called "Monay'' and its great taste.

But Masarap Habang Mainit - one of the Pinoy bold movie titles in our list, does not merely see Monay as a kind of bread. It is the analogy for a young lady who is also called "Monay,” who accidentally works in a bakery in the local area.

The film tries to depict Monay and the bread’s connection while explaining how the bread tastes much better when it is fresh out of the oven.

Moreover, this movie also made people feel horrible and embarrassed with inappropriate sexual innuendos related to the bread and baking bread.

Matamis Hanggang Dulo tells a story about a young and innocent girl who is a sugarcane stalk seller. She sells sugarcane to support her and her aunt's lives. Although the context is simple, the director tried his best to create a link between the girl and sugarcane link during the film.

After watching this movie, Philipinos started to see the word "sugarcanes" differently as they had never heard of this euphemism before. Hence, this movie is one of our "Pinoy bold movies titles” because it successfully added a new "meaning" to an object.

No one would think about using the phallic symbol in their movies, except the producers of “Diligin ng Suka ang Uhaw na Lumpia. In Tagalog, Lumpia means “phallic.”

What do you think? Are you willing to watch the synopsis of the film with a strange title like this because of curiosity, or are you going to say no to it right at the beginning?

>>> Related: Popoy And Basha Lines And Story That Wil Break Your Heart

After publishing, “Patikim ng Pinya” is a controversial movie from different perspectives of people. However, some people appreciate this movie because it started a new wave of straightforward “Pinoy bold movies titles” that left the audiences thinking nearly nothing about the movie; others condemn this movie because of several innuendoes.

“Filipino bold movies titles” can do a good job of getting engagement from the audience because people might find them interesting, triggering, or disturbing. For this reason, many new "stars" started to shine after they played certain characters in these movies, including Rosanna Roces - the lead star of this movie.

The funny part about this movie is not the content but instead the long and weird name. "Kapag Ang Palay Naging Bigas… May Bumayo"  - this title is so absurd and probably one of the weirdest titles you might ever hear of.

During this blog about Filipino bold movie titles back in the 80s and 00s, we had listed the top 8 confusing and weird bold Tagalog movie titles. Besides this list, there are many other movies with strange titles out there that we cannot list all.

While some people find these titles interesting and triggering, many other people condemn them for being unclear, confusing, or even embarrassing. How about you? Have you ever encountered a movie with a weird title, and if Yes, what did you feel? 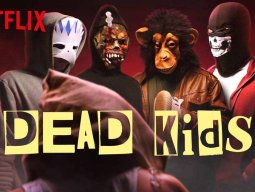 A Wonderful Netflix Philippines Movies List For Your Film Collection

Netflix is a popular platform for movieholics around the world. Let’s widen your collections by our Netflix Philippines movies list!

Have you found the right hairstyle to make you more attractive? If not, here are the top 10 suggestions for Filipino hairstyles for male 2021 every man should try.

Backpack Brands In The Philippines - All Things You Need To Know!