Jul 29, 2021
Until now, the jeepney modernization debate is still going on and on with heated arguments. Let's learn about this program's benefits & drawbacks.

Modernization programs are applied in many different areas, including traffic. Recently, there has been a jeepney modernization debate among different classes of people in the society. While many support this program for its considerable benefits in the long run, others strongly disagree as there will be certain negative effects to some groups of people.

But, what action will do more good for us? Modernizing jeepney or keeping them the way they currently are? Let's get into the details with Corner4men.com!

Jeepney Modernization: Why Does It Exist?

In 2015, the LTFRB (Land Transportation Franchising and Regulatory Board) organized the modernization of jeepney in the Philippines. This program aimed for so many different jeepney modernization advantages, including reducing pollution and raising the standard of jeepneys to be safer.

Fatal accidents are caused by outdated vehicles over and over again, so the government is desirous of eliminating old models of jeepneys and replacing poorly maintained and low-quality cars on the street. This modernization program also aimed to deal with environmental issues caused by transportations.

According to LTFRB, public vehicle owners are not allowed to increase the number of certain models of the jeepney, franchise them, or renew the CPC (Certificate of Public Convenience) in any way. They also prohibit these owners from circulating the vehicles that were manufactured more than 15 years ago.

Not just jeepneys, the government has also replaced old buses and improved their quality.

The modernization of jeepneys focuses on three main activities:

Many countries have tried to improve the PUVs standards so the vehicles will be safer for people and more environmentally friendly. The modernization of jeepneys in the Philippines was made to follow these standards, too.

There are several specifications listed by the Department of Transportation's Omnibus Guidelines that vehicle manufacturers and users have to conform to.

One of the reasons why the government strongly focuses on jeepney modernization in the Philippines is that jeepneys emit much more pollution compared to many other transportations. That is because jeepneys were made a long time ago and their technology is too outdated.

Here is the summary of the standards that future vehicles must have:

For vehicles with internal gas engines, the emissions need to be low and meet the emission standard of EURO IV or higher.

While the current franchise system is under the control of jeepney operators, the Philippine government will completely manage the franchisee.

The minimum number of jeepneys franchised was also increased from 20 to 40 in 2019.

The jeepney modernization program guidelines focus on training jeepney drivers because they will be the ones who use and work with future-standard jeepneys. This training course will teach them to measure traffic safety, drive with certain driving techniques, and behave correctly with passengers.

>>> Related: How Many Cars Are There In The Philippines & What Is The Most Popular One?

Why Is Jeepney Modernization Necessary?

The traffic in the Philippines is overlapping and complicated, which results in traffic jams during the rush hour. Moreover, jeepneys are wrongly used in many cases, making this vehicle quite dangerous for people.

Jeepneys were originally made for personal purposes, but their owners have used them as public transportation. They carry people and charge a fee for it. As this kind of vehicle is not made for carrying people, it is pretty dangerous when too many people (can be up to 26) get in a jeepney.

Another reason that encouraged the government to modernize jeepneys is the franchises, as it is not easy to know how many jeepneys are running in the same route.

>>> Related: Makati Traffic Violation Fines And Penalties: All You Need To Know

Now, let's learn about the jeepney modernization pros and cons, starting with the pros first! Here are this program’s advantages:

This modernization program helps traffic users and workers have a safe time while traveling the streets.

As the emissions are measured and controlled, air pollution will be reduced.

Jeepney manufacturers need to follow a list of modern standards while making their new vehicles. GPS and CCTV will need to be installed.

As training drivers is an activity of the government's to-do list, drivers will be more professionals and have better manners.

New models will bring much more comfortable for passengers as well as drivers.

>>> Related: Autosweep vs Easytrip: Which System Should You Subscribe To?

The biggest negative effect of the jeepney modernization is finance. When the program is put into practice, drivers and operators will need to buy new jeepneys, and not all of them can afford it. Many people have even protested against this program.

People whose businesses are involved with jeepneys might be affected. Some can even be out of employment.

Since the Covid-19 pandemic, the government has banned public transportation, including jeepneys. Many people have debated against this action as it can make the lives of jeepney drivers harder. Some might even have to go on the street and beg for food or money.

As a result, the Jeepney modernization program has been delayed.

>>> Related: Income Classification Philippines: Who Are The Country’s Middle Class?

After learning about the jeepney modernization debate from many angles, we can see that any big changes will affect different groups of people in different ways.

As this program has many positive effects on the people and the environment, the country should seriously consider it. Besides, there should be some governments' help to reduce the negative effects for jeepney drivers. 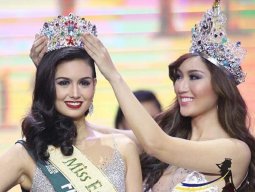 Have you heard of the world's most famous jeans brands? Which brand will have products that complement your personal style? Let’s find out the top 5 best types of jeans brands. Airbnb is the most popular accommodation service today. You can find a variety of accommodations according to your needs. Top 5 Books For Travelers That Change Your Mind