Who Is The Woman On The 1 Thousand Peso Bill? Find Out Here

Jul 28, 2021
She is the woman on the 1 thousand peso bill but not many Filipinos know who she is or what she achieved. Here is what you need to know

She is the woman on the 1 thousand peso bill but not many Filipinos know who she is or what she achieved. So if you are curious, here Corner4men will tell you a bit about Josefa Llanes Escoda, a civic leader, the founder of the Girl Scouts of the Philippines, and also a women’s rights advocate.

Who Is On The 1 Thousand Peso Bill?

Josefa Llanes Escoda was born in Ilocos Norte in 1898. She was a bright young girl who graduated top of her class all the way up until she finished high school. Later, she earned a degree in teaching from the Philippine Normal College.

She attended the University of the Philippines and earn a high school teaching degree. After graduation, she worked as a social worker for the Red Cross, which resulted in the scholarship that sent her to the U.S. Escoda later got her master’s degree in Sociology from the prestigious Columbia University.

However, these achievements were not why she was portrayed on the 1 thousand peso bill.

The first time she went to the U.S, she met Antonio Escoda - a reporter for the Philippine Press Bureau. She later married him. The second time to the States, she received Girl Scout Training. After returning to the Philippines in 1940, she started training young women in girl scouting ways.

Then World War II came. She and her husband brought supplies for Filipino and American prisoners. Rumor has it that they opened a coffee shop to gather intelligence form Japanese soldiers and send messages to concentration camps.

However, after the cover was exposed, Josefa Llanes Escoda was arrested by the Japanese in 1944 and executed.

History Of The 1 Thousand Peso Bill

World War II resulted in a hyperinflation in 1944 so the Japanese had to come up with higher denominations.

In December 1991, the Central Bank of the Philippines issued the new one thousand peso bill.

The note has portraits of Josefa Llanes Escoda, Vicente Lim - the first Filipino who graduated from West Point, and José Abad Santos - the former Chief Justice. The three of them are heroes in the Philippines in their resistance against the Japanese. On the obverse, you can also see laurel leaves and eternal flame. On the other side, there are images of Langgal, the Banaue Rice Terraces, and the Manunggul Jar cover. The new 1 thousand peso bill later features the logo of the Bangko Sentral ng Pilipinas.

Starting 1998, the printing year was also added to the upper-left corner of the bill.

A year later, in 1999, the president signature was slightly moved to the left.

The year 2001 saw some new and enhanced security features made it to the note.

From 2010, the reverse of the 1 thousand peso bill features images of the South Sea pearl and the Tubbataha Reefs Natural Park. The lower left featured a scene of the Centennial celebration while the lower middle showed a photo of the Order of Lakandula medal.

The note was changed again in 2017. The front size of the issue year was altered while the Order of Lakandula image was removed.

A year later, another security feature was added.

In 2020, the ‘New Generation Currency’ 1 thousand peso bill was released with four changes, including a rolling bar effect, a color-changing feature on the 1000 number, color-changing indigenous patterns, and ten tactile marks. 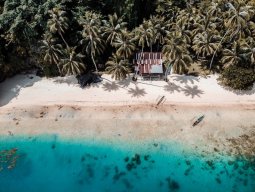 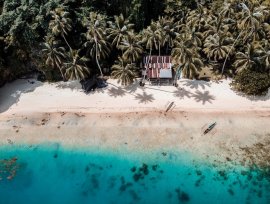 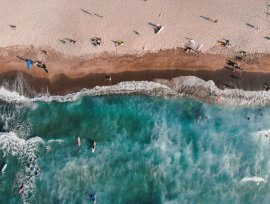